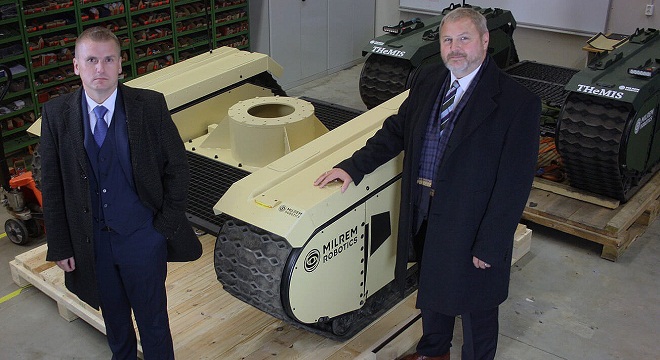 “General Terras’ strong background and experience put him in a good position to grow the company’s international presence and build up our teams worldwide,” explained KuldarVäärsi, CEO and owner of Milrem Robotics. “Our goal is to be the first choice in every upcoming ground robotics program worldwide,” he added.

“I have gained significant knowledge and built up an international network during my seven years as the CHOD of Estonia and as a member of the Military Committee of NATO and EU. My special fields of interest have been development of disruptive and cyber technologies,” said General RihoTerras.

In the next five years Milrem Robotics plans to expand significantly. In January Milrem Robotics opened a subsidiary in Sweden in order to engage skilled and experienced engineers.

“The ground robotics market is in the beginning of exponential growth and our products are very well placed. We foresee significant growth of turnover in 2019 and the number of employees will grow from 85 in 2018 to more than 130 this year,” said KuldarVäärsi.