Accueil -DERNIERES NEWS Landmark Deal Puts Coca-Cola at the Heart of the Entertainment Industry in... 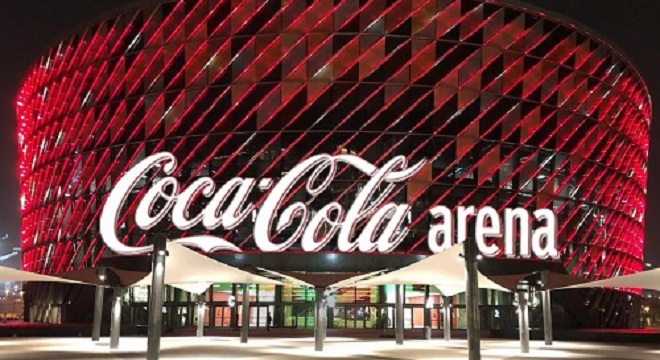 La-Femme ( Landmark Deal Puts Coca-Cola ) – The Coca-Cola Company (TCCC) has signed a 10-year agreement for the exclusive naming rights of the brand new indoor multipurpose arena in Dubai. Now known as the Coca-Cola Arena, the breath-taking venue is the largest of its kind between Istanbul to Singapore and will further establish Dubai as a major destination for world music tours, sporting competitions, family shows and corporate events.

The venue, with an impressive capacity of 17,000, is scheduled to open in June this year. The Coca-Cola Arena will put Coca-Cola at the centre of the entertainment landscape in the region and will join a growing number of entertainment venues around the world where Coca-Cola is served.

Up there with iconic locations like Piccadilly Circus in London or Times Square in New York City; the latest addition to the Dubai skyline will be proudly named under the global icon Coca-Cola, bringing the best in global entertainment and sports to the region.

Speaking on the new agreement, Murat Ozgel, General Manager of Coca-Cola Middle East and Deputy Business Unit President of Coca-Cola Middle East and North Africa said: “This is a milestone deal for The Coca-Cola Company as the Coca-Cola Arena will bring more than 40 events every year to the hugely anticipated destination, putting us at the centre stage of entertainment. The Coca-Cola Arena will firmly position itself as a leading destination helping Dubai claim its place among the main global metropoles like NYC, Tokyo, Paris and London.

Music, sports and entertainment are part of the fabric and heritage of Coca-Cola brand DNA and the arena is yet another example of our determination to create lifelong memories through unforgettable experiences” he added.

The state-of-the-art multipurpose arena is owned by Meraas and will be operated by the reputable, international venue management company AEG, who also operate London’s O2 Arena, STAPLES Centre in Los Angeles, Mercedes-Benz Arena in Shanghai and Qudos Bank Arena in Sydney.

Meraas Group Chairman His Excellency Abdulla Al Habbai commented on the momentous announcement: “We are proud to have a company of such worldwide renown as Coca-Cola taking on the naming rights for the arena in the long-term. It is a testament to the unrivalled positioning of Dubai as a global tourism, leisure and entertainment hub”.

Guy Ngata, AEG Ogden’s CEO of Coca-Cola Arena said: “We are proud to partner with Meraas and Coca-Cola as we launch the UAE’s first world-class, multipurpose indoor arena.  We look forward to working closely together over the next 10 years”.