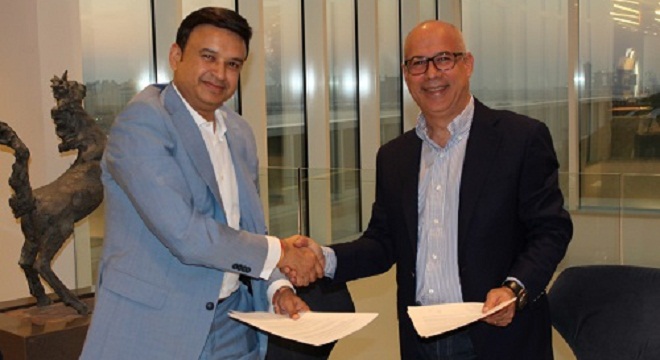 Since its formation, CIS has already become the Exclusive Media Representative for “Cinépolis” – A leading world-class global operator of cinema theatres.

Established in Mexico in 1971, Cinépolis today has positioned itself as the 4th largest movie theatre circuit in the world with over 712 cinema complexes, 5707 screens and presence in 16 countries. It is, considered to be the 2nd largest in terms of attendees (331 Million patrons worldwide).

Cinépolis offers enhanced movie-going experiences through its multiple theatre concepts, along with a wide range of innovative on-screen and off-screen cinema advertising options for brands. Having pioneered the idea, it is also and largest operator of luxury cinemas in the world via its Cinépolis VIP brand.

On February 13, 2019, an exclusive signing ceremony between Cinépolis and CIS was hosted at the Choueiri Group Building in Knowledge Village, Dubai Media City.

Speaking on the occasion and elaborating on the global cinema giant’s expansion plans into the Gulf region, Mr. Ashish Shukla, CEO of Cinépolis stated that “Beginning with our debut cinema offering in Bahrain’s Atrium Mall, our goal is to expand into Saudi Arabia, the UAE, as well as Oman. Towards this goal 104 screens have already been signed”. He also went on to say that “We are confident that our brand of cinema entertainment is sure to become the preferred choice of regional movie-goers and that advertisers will appreciate the fact that engagement opportunities at Cinépolis are not limited to onscreen only, as the full cinema environment will be at their disposal, enabling them to connect with their consumers and develop deeper relationships”.

Choueiri Group’s Chairman and CEO, Pierre Choueiri also expressed his enthusiasm for the new partnership, stating that “We are delighted to have been appointed with the opportunity to partner with Cinépolis at a time when brands are actively seeking out enhanced opportunities for engagement with captive audiences. Cinépolis Gulf benefits from an unmatched legacy of world-class innovation, proven excellence and captive audience opportunities which I am certain our brand partners in the MENA region will benefit greatly from”.

The Cinépolis regional rollout commenced with the Bahrain opening at Atrium Mall, which features 13 screens and 1780 seats, with the latest Dolby Atmos surround system employed across their Macro XE screens. It also hosts the only available 4D E-Motion theatre in Bahrain, along with a uniquely experiential Junior cinema, that will also become a highlight in each of their coming locations.

The expansion also continues in Oman, where 2 cinemas have already opened in Sohar and Salalah in Oasis Malls and a third cinema is due to open this month at The Avenues Mall in Muscat. This will result in a combined total of 31 screens and 3458 seats.

The UAE and Saudi Arabia are envisioned to be key markets for Cinepolis, with a considerable rollout planned for the beginning of 2020. The targeted capacity will be over 150 screens and 18000 seats.