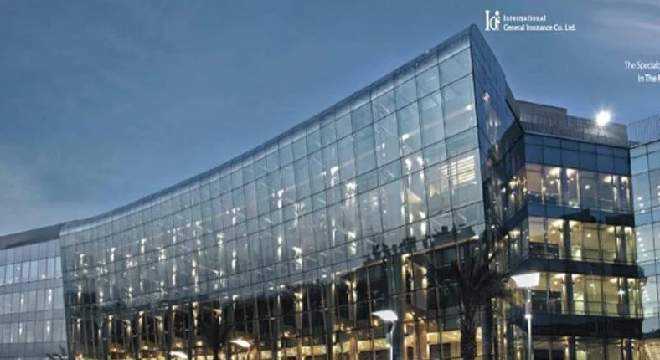 Robin has over 25 years’ leadership experience in strategic financial communications and investor relations, most notably serving more than 14 years as Director, Investor Relations at PartnerRe, a leading global multi-line reinsurer previously listed on the New York Stock Exchange with a market capitalisation of $7 billion. She saw the company through significant business, regulatory, and leadership change, culminating in the sale and delisting of PartnerRe.

Based in London, Robin assumes her role on Monday, January 13, 2020. At IGI, Robin will work closely with the executive team and senior management, as well as the Board of Directors, to design and lead the company’s investor relations strategy, with particular emphasis on financial communications, corporate access and visibility, and relationships with the investment community, while playing an important role in IGI’s transition to a public company framework.

In October 2019, IGI announced it was seeking a US public market listing on the NASDAQ, facilitated by its business combination agreement with US-based Tiberius Acquisition Corporation. It is anticipated the listing on to NASDAQ will occur in the first quarter of 2020, subject to the requisite regulatory approvals.

“We are delighted to bring Robin on board to join the IGI team,” said IGI CEO Wasef Jabsheh. “IGI is on the brink of an important transition in its evolution, and Robin, with her many years of public company experience and knowledge of the insurance and reinsurance market, will play an important role in this transition.”

“I am thrilled to join IGI and to be part of this journey at such an important time in the company’s evolution,” said Robin. “Over its 19-year history, IGI has established a unique entrepreneurial culture with a strong team, and I look forward to working with them on moving to an equally successful public company life.”

International General Insurance Holdings Limited is registered in the Dubai International Financial Centre (DIFC) with operations in Bermuda, Jordan, UAE, Malaysia, Morocco and a wholly owned subsidiary in the U.K.

IGI Bermuda is a class 3B (re)insurer regulated by the Bermuda Monetary Authority (BMA). This subsidiary is the principal underwriting entity for the Group. The Group also has a branch in Labuan, Malaysia, registered as a second-tier offshore reinsurer.

International General Insurance Holdings Limited had assets in excess of US$ 950 million as at 30th June 2019.