Accueil -DERNIERES NEWS Obesity key to type 2 diabetes, which has quadrupled in the last... 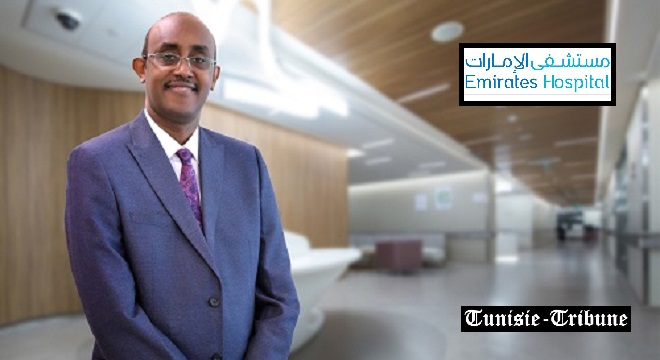 La-Femme (diabetes) – Abdulatif, a 73-year old man suffered from complex diabetes which led to kidney failure. Abdulatif, an Emirati by origin weighed 115 kgs and clearly suffered from obesity, a key factor that led to his condition. Research indicates that more than two billion people are overweight or obese globally. Obesity is a major factor for the lead up to type 2 diabetes, which has quadrupled in the last 35 years, and more than 460 million adults in the world now have diabetes. In the UAE, over 64 percent of the population suffers from obesity, which can affect the economic growth by 6 billion.

When it comes to type 2 diabetes, prevention is very important. It’s especially important to make diabetes prevention a priority if you’re obese or you have a family history of the disease or you have been diagnosed with prediabetes (also known as impaired fasting glucose).

“If you’re overweight, diabetes prevention will focus on weight loss, which will improve your diabetes outcomes. Every pound you lose can improve your health, and you may be surprised by how much. With novel therapy, in the past two months, Abdulatif, has not only lost weight with our right treatment plan, but his injections have been reduced to once a day, helping him recover faster,” said Dr Mohamed Ahmed, who is an endocrinologist and obesity accredited consultant at Emirates Hospital Jumeirah.

Studies show that individuals who lose a modest amount of weight, around 7 percent of initial body weight and exercise regularly, reduced the risk of developing diabetes by almost 60 percent. As such, battling obesity is the key step to preventing diabetes.

While steps have been undertaken to control obesity, it has been observed that this condition is increasing at an alarming rate with children ‘which is a major risk factor for adulthood obesity’. In the UAE, 23 percent children aged between 5-9 years of age suffer from obesity, and it is predicted that around 26.7 percent of children aged 5-9 and 22 percent of children aged 10-19 will suffer from obesity, denoting that a  total of 378,573 children aged between 5-19 years will be victims of this condition by 2030 giving the sedentary lifestyles that most children are exposed to. It is therefore important that they indulge in high physical activity for weight loss maintenance.

It is also recommended to reverse weight trends, particularly in children and young adults, to fight diabetes. Through vital steps as healthy eating habits, regular exercise and accurate treatments, we can fight the global spike in diabetes by battling its root cause—obesity.

Unfortunately, Obesity is not only a risk factor for diabetes but also for cancer, sleep apnoea, liver disease, joints problems, and respiratory problems. It’s as well a known cause of cardiovascular disease and may reduce the life expectancy by up to 30 percent.