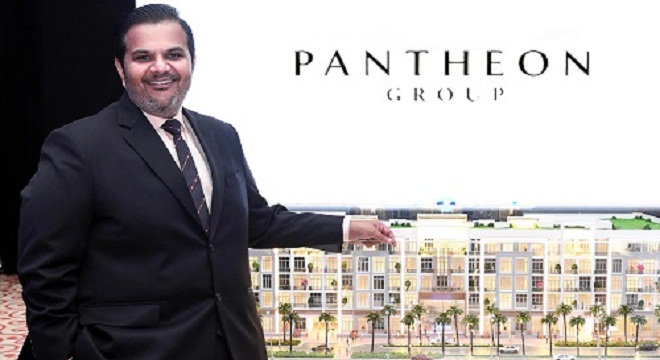 Mr Kalpesh Kinariwala, Founder and Chairman of Pantheon Group, refers to the market and project as promising. ‘’Investing in JVC is at the forefront of our plans, we aim to develop more affordable luxury projects similar to Elysée; regarding design and development and amenities. However, as time goes on- we also strive to invest within the market and area simultaneously.”

“Pantheon Group is built on a foundation of strategic planning and impeccable execution. Continuing to grow and diversify; we are becoming a lead player in the affordable luxury industry.” concludes MrKinariwala.

Pantheon Elysée is designed for a carefree lifestyle of someone who has everything they could desire; high-end apartment features, many community perks, the use of state-of-the-art facilities, and retail shops on the ground level where you can pick up anything you need on a moment’s notice.

Needless to say, as far as projects and investments go, it doesn’t get much better than this. JVC is Dubai’s fastest growing hub.  A self-sustaining gated community with all necessary facilities, including Mosques, Schools, to large sports facilities as well as a Medical clinic, Community retail options, a Fitness centre and Spa, to name a few of their amenities, puts Pantheon Elysée structure at the top- as their most massive Real-Estate development to date.